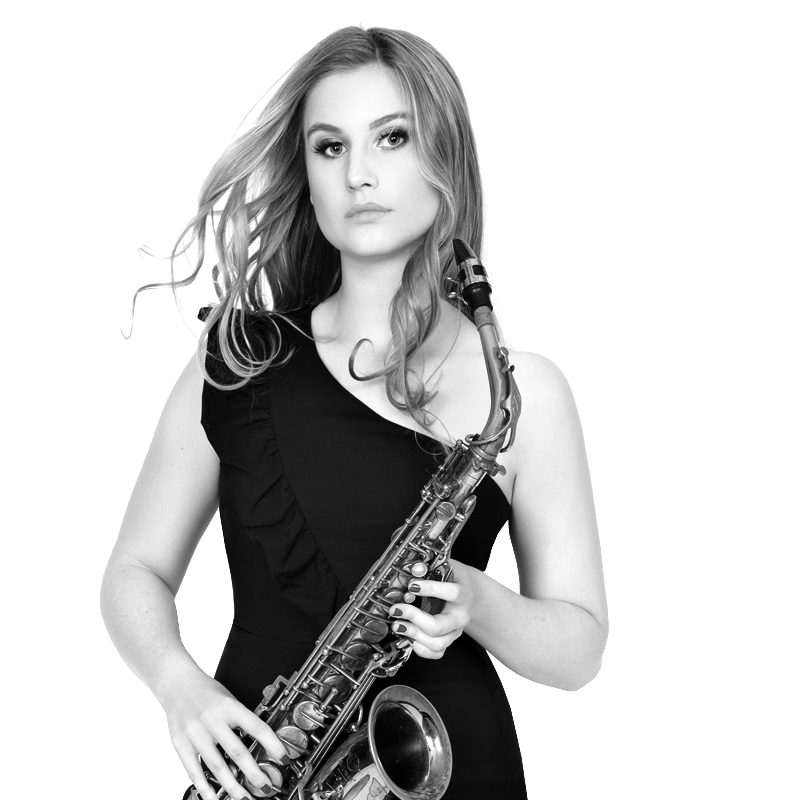 This journey has already given Hannah a multitude of exciting career highlights, with many more to come. She has already performed live with well known artists including Paloma Faith, Craig David, Cory Wong, Emeli Sande, Sigma, Zak Abel and the Sugababes to name just a few.

This multi-talented young musician has also recorded flute and saxophone for DJ Spoony’s ‘Garage Classical’ album with Sony Music and has performed in venues such as Hammersmith Apollo, Barbican Centre and the Royal Albert Hall.

Hannah has also made TV appearances on BBC One and an advertisement for Skoda and had her music feature on Love Island.  She has also performed as a classical musician with the BBC Symphony Orchestra in the Last Night of the Proms, the London Sinfonietta at the Royal Festival Hall and as a soloist at Wigmore Hall.

As well as all this Hannah is in demand as a Saxophonist to hire for live entertainment at many events. From beautiful weddings, cool private parties, intimate cocktail receptions or large corporate events Hannah creates the perfect ambience. S
She also performs at festivals across the UK and Europe and has broadcast live on BBC Radio.

Hannah enjoys a playing a variety of genres and brings her talent and prowess to the stage when playing alongside High On Heels, blending her live musical performance with our large repertoire of live music.

Hannah’s debut with High On Heels was at the sought after venue MNKY HSE Mayfair, shortly followed by a performance at McQueens Shoreditch.

We are delighted to have her as part of our High on Heels Live music collective.