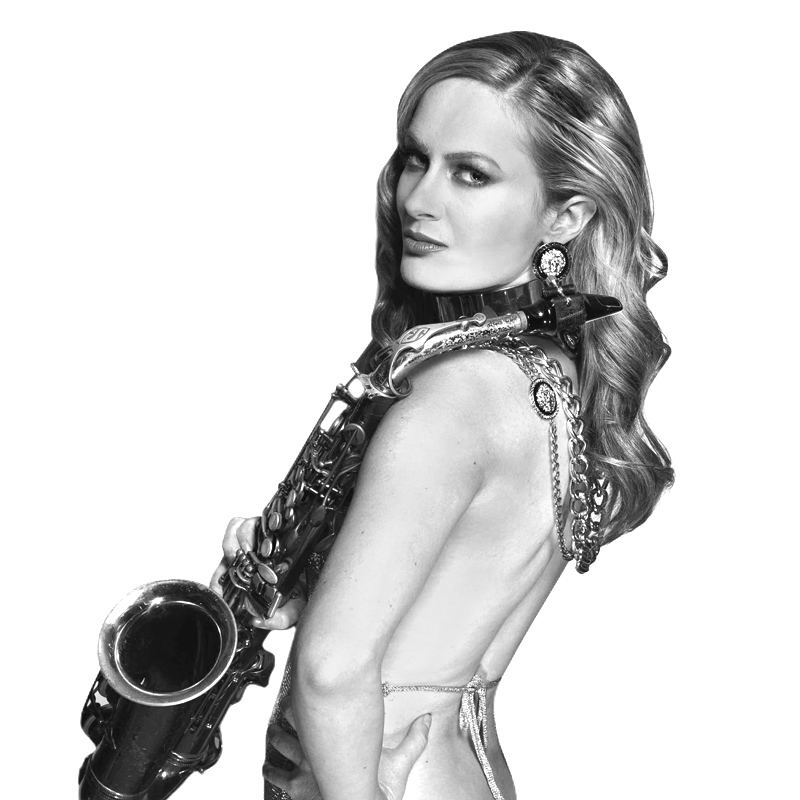 The sensational Abi is an incredible performer and musician with a wealth of experience and talent. Not only is she and an expert player of both the Alto and Tenor Saxophone she has also lends her amazing musical expertise to playing the Flute, Clarinet and Keyboard.

Having began her playing career in school and university big bands, she progressed quickly to performing at more at intimate jazz ensembles where she was able to build on her playing to be able to now professionally freestyle in various well known iconic places such as The House of Commons, Udaipur City Palace in India, Cork Opera House in Ireland, and Kew Gardens. Added to her list of credentials are many famous venues including Annabels, McQueen, The RoundHouse Theatre, The Jazz Cafe, Emirates Stadium and The Waldorf.

Abi can play many different genres and timbres of music from Jazz and classical to jamming alongside a DJ party set and accompanying live bands. Not only a top class on stage performer with High On Heels Abi is also a recognised recording session player for original artists, sound celips and cover bands. She prides herself in brining a high energy performance whilst adding a unique sense of style and authority on the stage due to her decade of drama school training and live music performance.

This astoundingly professional musician is remarkable in all that she does from start to finish. Whether you are looking for to and upbeat party or laid back gathering Abi will bring you her exquisite musical talent