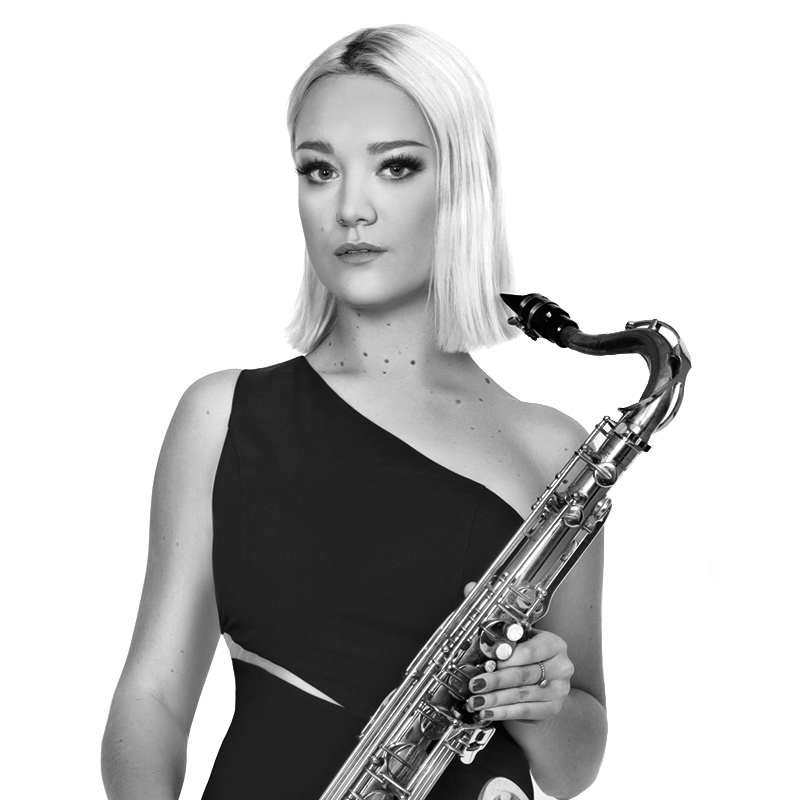 Florence is not just a talented musician, but is also a hugely talented performer and multi-instrumentalist. She not only exquisitely plays the Saxophone she is also a singer and plays piano professionally as well.

At the moment she is currently in the process of writing her debut album which she hopes to release next year and is completing her Masters in Jazz Saxophone at the Guildhall School of Music & Drama. All whilst performing live both around the UK and internationally.

Florence has been mentored by world-class musicians, including jazz legends Jean Toussaint and Iain Ballamy, and top session-musician James Knight. She has also had the privilege of playing alongside famous jazz trumpeter Yazz Ahmed and pianist Julian Joseph in sold out concerts at The Barbican Theatre and Milton Court Concert Hall.

Having taken the stage at some of the UK’s biggest venues including super-club Motion. Played all over the French Alps, including at the famous Apres-Ski venue CocoRico’s as well venues across London, Belfast and beyond, Flo is an incredible experienced live performer.

With her training routed in Jazz, Flo brings her own flair to the stage. She is a versatile and loves playing to a variety of genre’s including House, pop, rock, and funk. Her experience with London DJs, High On Heels and Jazz Duo has meant she has played at many prestigious events such as the Henley Royal Regatta and plays regularly at weddings, corporate events and parties.

From a plethora of career highlights to date, the latest being supporting Beverly Knight with High On Heels for a New Year’s Eve Party extravaganza at the beautiful Hurley House Hotel, she is on a journey of music and performance.