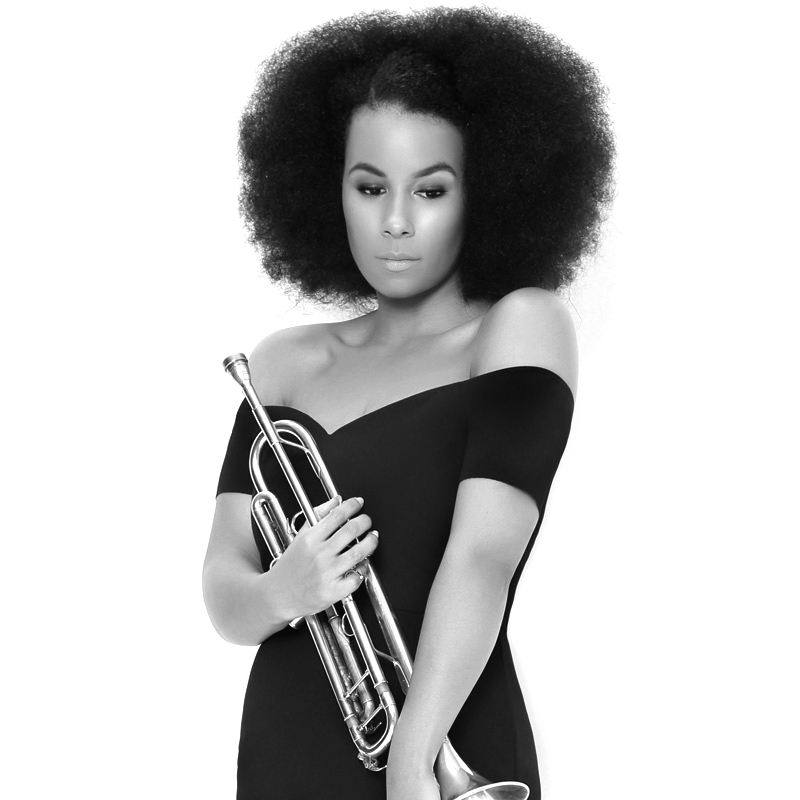 Deanna is a sensational London trumpet player who has been performing professionally since she was 16 years old.

Having graduated from the London Centre of Contemporary Music in 2018, Deanna has been recording and touring with many different bands ever since. She has played with The Go!Team in 2018/19 performing on many different stages across the UK and Europe, and has recorded with many different artists in a variation of styles and genres such as; Kano, London Blusion, Shanty, Group and and Lokito.

Deanna loves playing a variety of musical genres from Oompah to Bollywood and back to funk and house. . A particular personal favourite of Deanna’s is the hard hitting styles and transcendent grooves of African and Latin American music.

Deanna brings her musical adaptability and proficiency to the stage collectively for all the performances she is part of. From playing together with a full High On Heels 9 piece band, including horn section, harmonious vocal duet, string section percussion beats and top DJ at Luxembourg’s number one concert venue Rockhal, and jamming her vibe at the very best parties, weddings and corporate events you can conceive. Deanna is also producing first class musical arrangements with 360 horns, the High On Heels horn section comprising of some of London’s best Sax, trombone and trumpet player, for their new 70’s funky repertoire and party set lists.

As well as touring with High On Heels Deanna also plays with independent, up and coming music projects all over London and the UK. Deanna is not only a trumpet player, she is a sublime performer and musician.