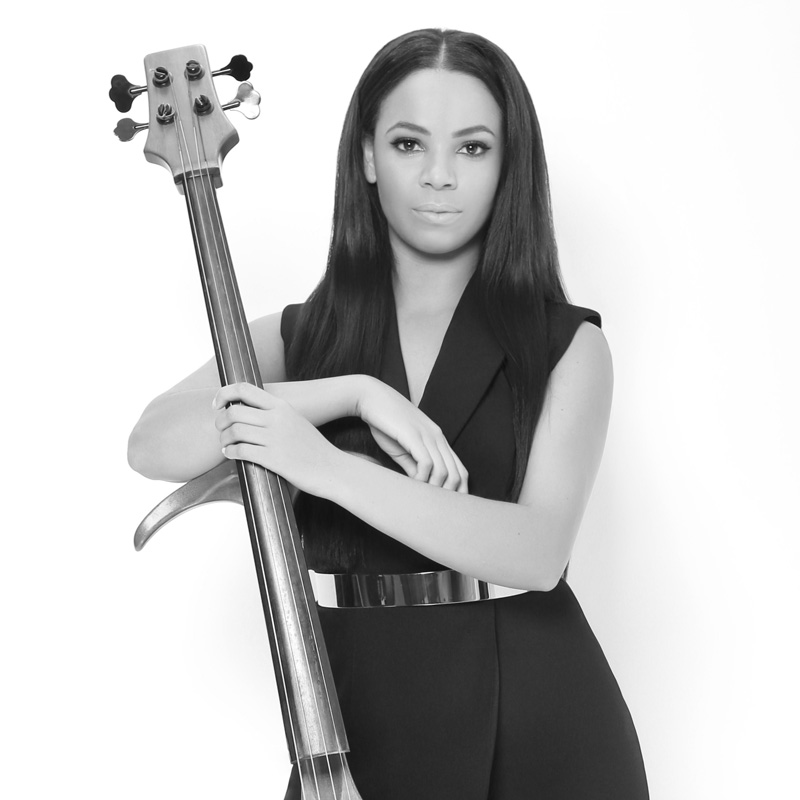 Alex is an extremely gifted musician who can play both acoustic and electric cello, as well as turning her talents to the mic and as a singer.

With Zambian and English heritage and being based in London, Alex has become a unique performer, collaborator and session musician. Having the opportunity to work with some of the busiest ensembles in London and across the UK from orchestra to jamming live on stage with DJ’s and electric musicians a like Alex has honed and developed her amazing musical talent.

Having studied at Leeds College of Music with Alfia Nakipbekova she holds a Bachelor of Arts in Combined (Classical / Pop) Performance. During this time Alex was also presented with the Principal’s Award in 2014 for her dedication to the conservatoire and remains an ambassador for the college today, which she is immensely proud of.

As a session Cellist, Alex has performed and recorded with famous artists such as Paolo Nutini, Annie Lennox, Liam Gallagher, Tom Odell, Paloma Faith and Enya, as well as performing at some of the UK’s most prestigious venues and recording studios; the Royal Albert Hall, Abbey Road and London’s O2 Arena.

She has also made several TV and Radio appearances, including “Later… with Jools Holland”, The Graham Norton Show, The X Factor and the BBC Radio 1 Live Lounge and has also performed at festivals such as Latitude, Secret Garden Party and Festival No.6 and many other festivals in her musical career.

With the High On Heels collective Alex has brought a new inspiring element to the stage. Whether it is with the full 9 piece big band performance for entertain at large corporate parties and events, or a more chilled relaxing vibe for a wedding reception or a brunch party. Her beautiful playing compliments every single event and occasion.