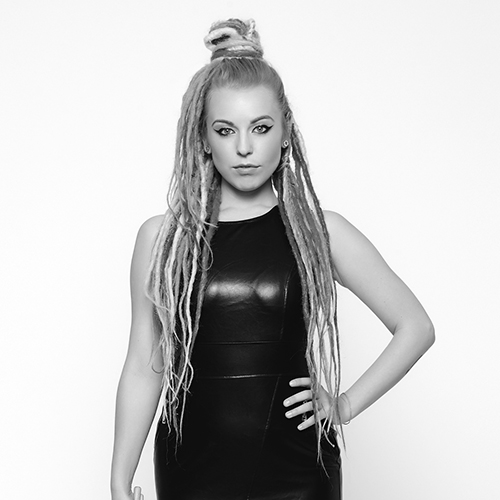 Vicky is an outstanding award-winning drummer and percussionist graduated from the prestigious music school BIMM in West London.

She has taken her drumming skills all across the globe and tours extensively with different artists both internationally and in the UK. From London to LA and everywhere in between Vicky has been creating the beats, forming new music concepts and playing along side not only High On Heels, but also some of the best artists there are on the most well-known of stages.

From lounge poolside sets to the biggest party and club sets you can imagine Vicky brings her amazing expertise as a musician as well as her unique colourful personality to make for an electric performance.

Not only an incredibly talented musician Vicky is also a songwriter, and TV personality in Finland. With TV appearances including a documentary made about her named “Girlpower”. She has also received a working grants for musical activities to develop her artistry from the Swedish Cultural Foundation to making a web series for her debut album.

She is a passionate endorsee and ambassador for female musicians and Co-founder of the non-profit music organisations Girls Rock London and Rock Dona.

Vicky’s, high-energy and passion for music is guaranteed to blow any groove lover away. Proud to be playing alongside some of UK’s most talented musicians with the High On Heel’s collective of DJ’s, vocalists and instrumentalists creating the very best in Live entertainment for events and parties in London and beyond. 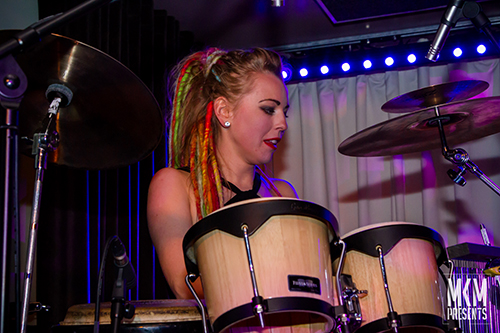