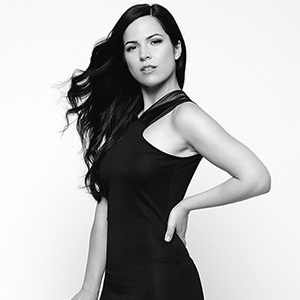 Very early on, Jessie became involved in the art of improvisation, and combined with her love of jazz, pop, house and commercial, the two sparked an exciting electric violin career.

Jessie has had international critical acclaim as a violinist, including The Guardian calling her playing ‘remarkable’.

Jessie’s professional violin career and musical journey have taken her all over the world – from South Africa to Sweden and everywhere in between.

It is hard for her to choose from her many stage performances which ones stand out most.  But by the pure nature of this festival performing on the Avalon Stage at Glastonbury in 2019 has to be up there as one of the best.

Other key moments for Jessie have been playing with Katie Melua on her European arena tour, performing in a special one off concert with Dave Stewart (Eurythmics) and the amazing Nile Rodgers (Chic) at the Royal Festival Hall, and performing in the West End on several musicals including ‘Wicked’ in London.

On top of all this Jessie has been with the High On Heels collective for several years. Performing and creating music experiences at home and abroad for countless events, parties and celebrations. To name a few these include festival after parties at Royal Ascot and the Abu Dhabi Gold Championships, Fashion Shows in Ibiza, and performing prestigious venues such as the Natural History Museum, Quaglino’s and Blenheim Palace