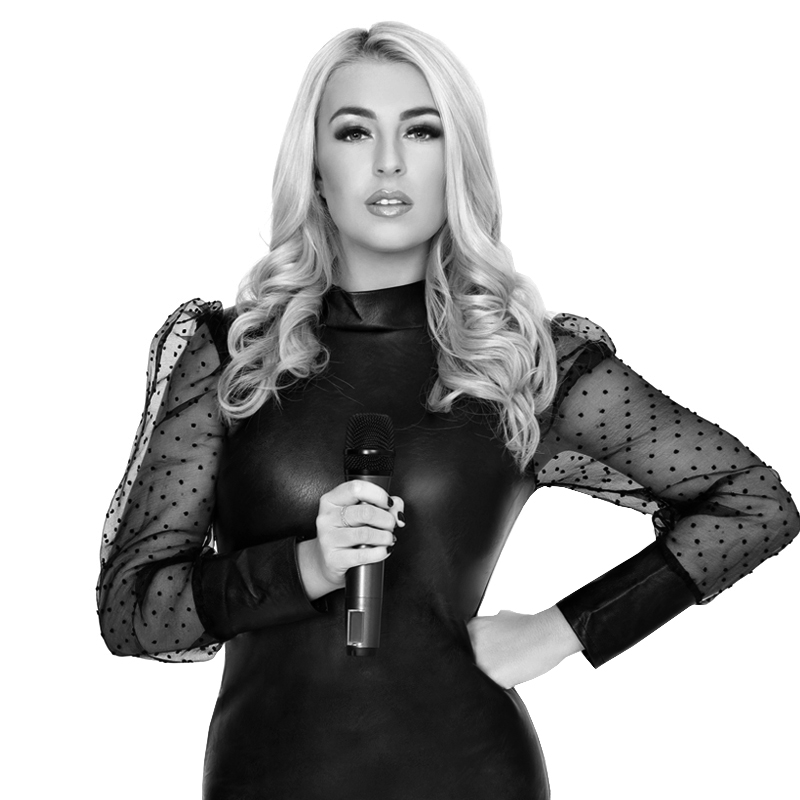 Holly B is a 25 year-old stunning vocalist from right here in the UK. With an eye watering list of credentials already she is one to watch as her career goes from strength to strength.

With her passion for music developed from a very early age and her experience over the years performing in many different venues across the world for both corporate and high profile events, including the celebrity wedding of Mark Wright & Michelle Keegan High On Heels are proud to have her as part of our collective.

She has been flown out to over 40 places worldwide including America, Argentina, Seychelles, Maldives, India, Costa Rica, Dubai and Europe to perform for elite events for clients such as Dell, IWC watches, Pandora, Virgin, SAMSUNG and many more.

On top of being her solo career, she has been performing with live bands at prestigious events including supporting Jess Glynne & Paloma Faith at the Grosvenor House Hotel, ‘Mcfly’ at the Principality Stadium and alongside Scott Mills at Superdrug’s annual conference.

Holly B has also worked as a backing vocalist for Rod Stewart on Children in Need and Strictly Come Dancing, and most recently just finished touring with John Newman which was followed by performances on MTV, The Jonathan Ross Show and BBC’s Sports Relief.

Other TV credits include her biggest performance to date in January 2017 when she was chosen to be one of the 6 finalists to perform live on BBC 2’s Eurovision ‘You Decide’ competing to represent the UK. She also appeared as a solo vocalist on Eamonn and Ruth’s ‘Do The Right Thing’ on Channel 5 back in March 2019.

Being a singer and performing live on stage is not just a dream, but a reality for Holly. Her vocal talent fused with her vivacious personality creates an unforgettable live music experience.