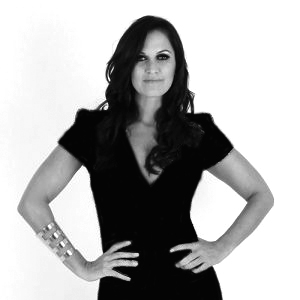 DJ Lora’s music career is built on her passion for Latino and funky, soulful sounds. Moving from South Africa at the age of 17, Lora began her musical journey in the London club scene. After being bought her first mixer and investing in some decks, Lora began playing in London at the famous celebrity haunt The Mayfair Club.

Earlier in her career, back in 2005, Lora was spotted by Lyme FM who whisked her to World Music Conference 2006 in Miami to play a string of parties alongside a mix of heavy-weight headline DJ’s. In the same year, Lora won the ‘Movida Corona London DJing Championship, going on to represent London in the UK Final at the world famous Ministry of Sound.

Laura has since gone on to become one of the UK’s best female DJ’s spreading her sounds playing headlining sets all over London and the world, playing her legendary sets  in Hong Kong, Spain, Saltzberg, Oslo, St Tropez and South Africa.

DJ Lora has an extensive list of headliners and residencies which include Kidology, Pacha and Ibiza’s El Divino, as well as a host of elite London hotspots such as The Arts Club, Lipglosz, The Wellington Club, Penthouse, Mortons, Abigail’s Party, Lequippe Anglais, Funky Buddah, No. 5 Cavendish Square, AKA, The End, The Cross, Fabric, Opium, 57 Jermyn Street, Maddox, Raffles and Cocoon.

As well as this immense list of headlining gigs Lora has been a DJ in demand for many exclusive celebrity parties and events. From luxury weddings, roof top extravaganza and exclusive yacht parties to brand launch events and awards ceremonies there is not one occasion Lora cannot bring to life.

From DJ booth to studio Lora is also a successful producer and recording artist. Since 2013 she has been releasing her own tracks with some fearsome collaborations.