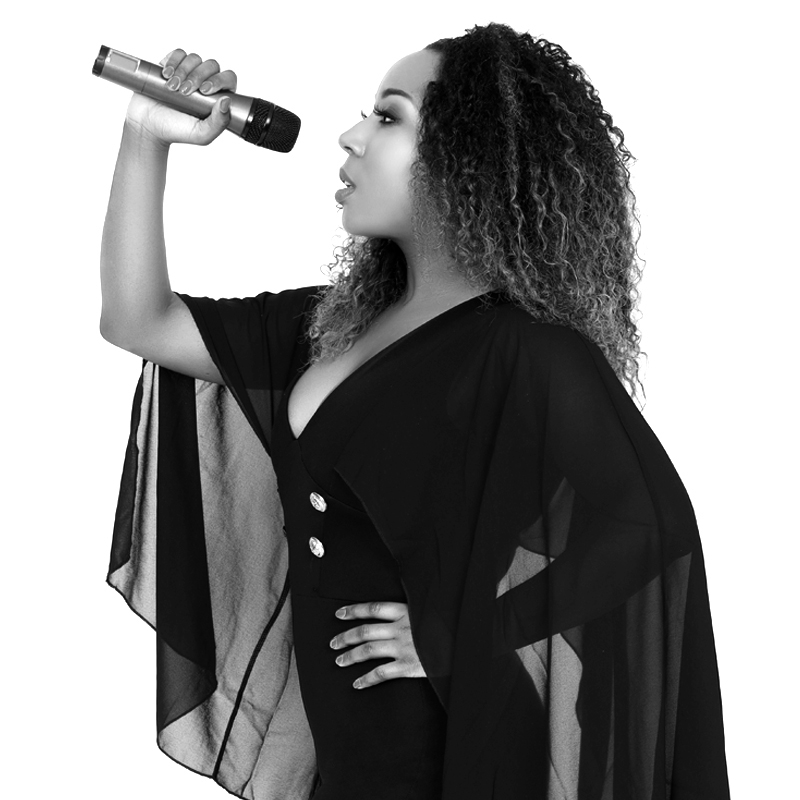 The incredible Bea isn’t afraid of a microphone she combines her strong soul vocals with a smooth tone that makes her a singer and performer that can transform any party or event. Bea has a passion for music and singing which is clear in her performances and beautiful sounds. She brings her audience with her into the beat and uplifts them through the music. Bea takes pride in captivating the audience providing not only a show, but an experience.

Bea’s career has seen her tour with production companies across many theatres around the UK and Europe, fronting production dedicated to Soul music and performing live on television for BBC’s Later with Jools Holland as well at many many choir and function performances. From theatre production to a member of the band.

Bea is now also now singing live and performing with High On Heels. From London restaurant venues, and parties at Berkshire country hotels to Ireland’s best Taste Festival and VIP showcase in Equatorial New Guinea, she can combine her vocal talents with her graceful stage presence to create the very best in live entertainment.