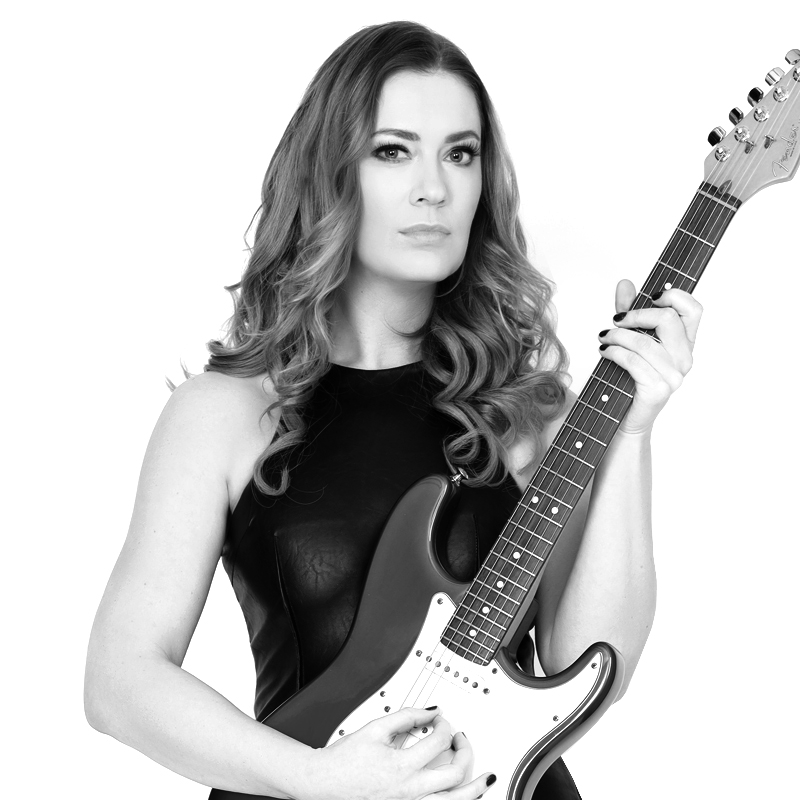 Antra is a gifted guitarist, performer, session player, composer and teacher. Currently based in London with 15 years’ experience in session and teaching work across Europe, Mexico and the Middle East.

Her talent and stage presence has brought High On Heels a new and funky musical element. Antra has collaborated with the band on our new 70’s & 80’s retro vibes adding to our unique sound experience.

She has also played for many original bands, Jazz orchestras, Big Band and Circus, Theatre Musicals, TV shows, cover-bands, gospel projects, residencies and Tribute shows. Some of Antra’s musical career highlights have included appearing in support band for Roxette and Perfect; and sharing the stage with band members of industry greats such as Ellie Goulding, Sting, Rod Stewart, Rag’n’bone Man to name just a few.

Born in Riga, Latvia, Antra started and developed her music career in early 2000 by studying guitar performance in Riga’s 100.vidusskola and later studied jazz in RDKS college in Riga.

Although originals and session work in Latvia and across Europe kept her very busy, in 2012 Antra was offered the role of resident guitarist in Dubai. Returning to Latvia in 2013 she spent next 2 years doing session work and in 2016 she joined an Swiss female tribute “Back:n:black” leading a path way to joining High on Heels.

In 2016 Antra came to the UK to further her already well established music career. Whilst in London she studied as the ICMP college and has been extremely busy with various projects across the UK and Europe. As well as a talented teacher and performer Antra currently is one of the most wanted session guitarists in London.